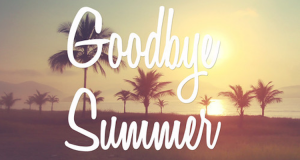 Today marks my last official day of summer. I head back on Monday for what will be my last year of graduate school and feel I would be remiss if I didn’t take a moment to glance back at the very-unique-summer-of-many-things. I learned, I frolicked, I had fun with friends, worked on some books, and attended a kick-ass conference.

There was that month I spent in England studying Shakespeare and living in teeny-tiny rooms. I can’t forget that. The first photo (below) is the “Bert and Ernie” room I lived in while staying in Stratford Upon Avon. Bed one was mine (Bert), and bed two belonged to classmate and favorite sidekick, Jimmy (Ernie), who lucky for me does not snore. We lived in the attic room of a quaint bed and breakfast. The woman who owns it informed me one morning that her favorite thing to do in order to pass time in the afternoon was to sit in the dining room and watch the cars crash (as the street in front of the B&B is apparently confusing). So if you’re ever in Stratford, now you have something to do with yourself. You’re welcome! The second photo is of my dorm room at The University of Central London where I luxuriated in space that was all my own. (Jimmy lived next door this time). Did you know it’s light outside at 4:30 a.m. in England? It IS! This made for some confusing mornings. 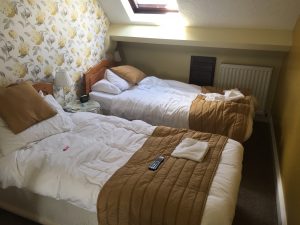 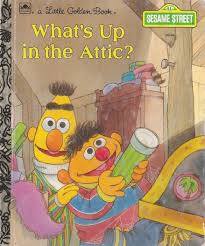 A book about us! 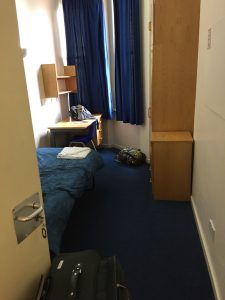 My classmate (Jimmy) and I on the plane to London.

Alan arrives and wine on mopeds had to happen, obviously.

After a couple of weeks at home, I was off again to New Orleans. I remember walking down Bourbon Street one night when a strand of beads was thrown my way, and in typical Melissa form, they smacked me right in the face. A happy, drunk person thought I might enjoy them. Ah, New Orleans. There really is no other place like you.

I spent a total of eight days in the Big Easy and while it provided tons of whimsy, I was ready to head home by the end! But don’t get me wrong, I had a fantastic trip! And was also sad to see it end. The reason for my sojourn was this wonderful thing that happens once a year called The GCLS Conference. (Golden Crown Literary Society). It’s the celebration of all things lesbian fiction and consists of readings, panels, workshops and events all geared around the things I love most in life, books. If you’ve never been, check it out next year in Washington D.C.

This conference was my fifth. I was telling someone not too long ago the story of my first conference. I attended knowing no one. I had no book out. I didn’t have a FB page and hadn’t even conversed with any attendees online prior to going. Not a single one. It was intimidating to say the least, but I took notes during each session and learned as much as I could. It was in the last three hours on the last day when a very friendly person turned to me and said, “Hi, I’m Rachel Spangler. I don’t think we’ve met before.” My first friend! Toss in four more conferences, lots more friends, five books, and a few awards and this event is one of my favorites of the year. Not only is it an informative conference about the genre, but it’s the best place for networking and meeting people who could influence the course of your career. And because writing is a career for me, not a hobby, it’s an important conference.

As this blog is a wrap-up, I should get down to it, huh? The 2015 conference had its own flavor. As many have already said, the hotel was huge – spread out over several buildings. Picture me hiking in heels over miles of rough terrain to the conference area. Crawling on my elbows, gasping for air quite dramatically. I exaggerate. The terrain was moderate at worst. An occasional escalator. A tumbleweed here or there. I loved the layout of the portion of the hotel assigned to the conference, however. The conference rooms surrounded a gathering area made up of tables and chairs next to a picturesque fountain you could sit alongside with a friend. It really was the perfect area to gather and socialize between sessions. And, oh, what sessions there were! I learned lots of new stuff. Insightful tips about kissing, the ins and outs of graphic novels, how reviewers survey the playing field and make their decisions, and how much money it takes to win a dance with Lynn Ames. I’m highly educated now.

This year, I put my nervous foot forward and taught a session of my own entitled, The 25 Tips You Need to Write Faster, Please Your Readers, and Sell More Books. In other words, little nuggets of helpful information/tips/exercises I’ve picked up over the last few years. I feel like the session went well and hope my audience thought so. (True fact: I was sick and had a fever during the session and just kept praying that I wouldn’t collapse or have to sit down). Also, seeing the likes of Karin Kallmaker sitting front and center was a little nerve wracking to say the least. I mean what could I possibly tell Karin Kallmaker that she doesn’t already know? But she was a very attentive attendee. The session was videotaped and I’m told it should be available for the membership at some point down the road.

But I can’t leave out the drama from the conference. Have you heard all about this? New Orleans discovered a brain eating amoeba in their water system and took all the water away! You think I’m making this up, but you’re wrong. The water was GONE from our lives. We were told to keep away from it. No drinking the brain-eating amoeba water! That meant no coffee, no soda from fountains, no brushing your teeth with it. Are you familiar with my relationship with coffee? It’s an important fixture in my life. So I made coffee with bottled water that week and that’s a true story. We were permitted to bathe in the water as long as we didn’t ingest it, but like that wasn’t scary!? You’ll be happy to know that as a group, the members of the GCLS got through this trying time together. There were support groups. Pep-talks. All around commiseration. But then something magical happened. At the awards ceremony, the ban was lifted and like a Disney cartoon, we returned to a water fruitful society! A water celebration commenced in my life immediately!

Highlights from the Conference: 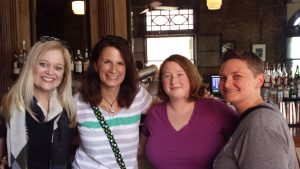 Cocktail Tour of NOLA with Georgia Beers, Nikki Smalls and her wife Kate 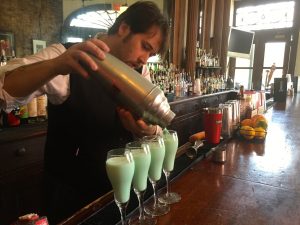 Goldie Win for Kiss the Girl

As the lights of summer dim, I’m grateful for the adventures I had. In the midst of it all, I worked through the editing of two books, Ready or Not which will be out in a matter of weeks now, and Sweet Hearts which is a December release. If you’re near Provincetown during Women’s Week, both will be available for early purchase there. Come to a reading, a panel, a signing or just stop by and say “hey!” I’d love that.

Did I mention I have a new cover to debut soon? It’s gorgeous. Stay tuned…….