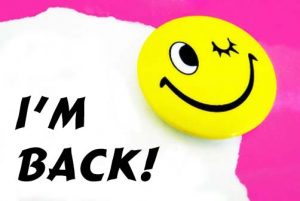 It’s true. Life turned up the heat and I stepped out of the blogosphere. And when I say heat, I’m referencing grad school, that carnival ride of academia that owned me for the past nine months. I got home after midnight a lot and was too sleepy to figure out how to put pajamas on properly, much less construct words in order.

You’ll be encouraged to hear that I’m currently off the ride and no longer dizzy from its twists and turns. And there were many. In fact, not too long ago I dusted myself off and headed into the big wide world in search of all I left behind. Waving at everyone I see. Oh, hey! (waves). I’ve been off for three and a half weeks now and it’s taken that long to come down. It’s nice to feel like a person again. See my friends. Pet my dogs. Frolic with family.

Friends of mine have taken to calling this version of me, “Summer Mel”. The nickname actually surfaced a few years back when it became clear that the summer clone of me (a teacher at the time) was a lot more carefree, energetic, and up for just about anything. The moniker stuck.

As for blogging, I miss it. I’ll try to be better. Present more. Blogging about as much nonsensical stuff as I can work in.

The biggest news that I have to report is that I have a book coming out in just a handful of days. That’s right. Kiss the Girl is my July release. The Bold Strokes website will have it live in both paperback and e-version on July 1st. Amazon does their own thing so it could pop up there at any point from here forward. Sometimes I’m surprised at how quick they have it. I’ve already heard from several early readers! Exciting.

Did you know that I traveled to New Orleans just recently for the Saints and Sinners Literary Festival? I did. I wouldn’t lie to you. I’d never been to New Orleans before and though I didn’t have the opportunity to explore much outside of the French Quarter – I had a fantastic and educational time in the Big Easy.

I loved my hotel room at Loft 523. As in LOVED it. As I’m currently in the midst of writing the Soho Loft Romances (middle of the second one now), finding a hotel that modeled their rooms after the lofts of Soho was a major score. The hotel had no signage whatsoever (I had to become a detective ninja to find it) and only nine lofts in the building. But it did not disappoint. Cement floors. Industrial vibe. Floor to ceiling windows. Lots of space. Minimalistic furniture. Let’s just say I got some valuable writing done.

I got to meet lots of really impressive people (Juliann Rich, Nathan Burgoine, David Swatling, Eric Andrews-Katz, J. Leigh Bailey, S. Chris Shirley and Marie Castle to name a few). I also got to hang out with some old friends (Barbara Ann Wright, Ali Vali, Jean Redmann, Ruth Sternglantz, Mary Griggs, Michele Karlsburg and more). While I was there I did a reading from How Sweet It Is and spoke on a panel about the role of love in literature. 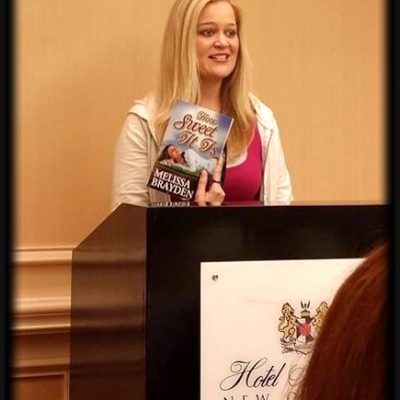 Barbara showed me Bourbon Street and The French Market. Ruth took me to Café Du Monde. Eric brought me Broadway CDs. Not a bad deal at all. The best part of the conference, however, was far and away the exchanging of ideas between people who love to write. It’s the kind of conference that you walk away from energized, excited and recharged. And it worked. I went straight home and have been writing like a crazy person ever since. My current project is Just Three Words and I couldn’t be more into it.

Last week, I traveled to Fredericksburg with my family. That’s the hill country of Texas where one can find close to thirty different wineries. Secret fact: this part of Texas has turned into a huge wine destination because of all the action. We hit up a few of our favorite spots and played around among the vines. When there are vines, it’s important that you play. 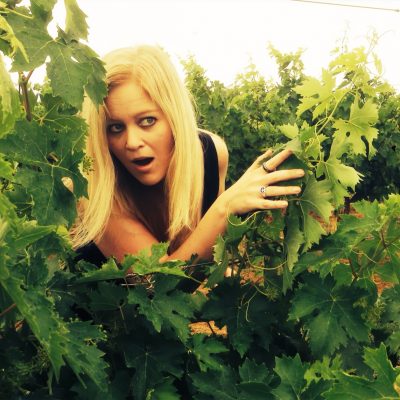 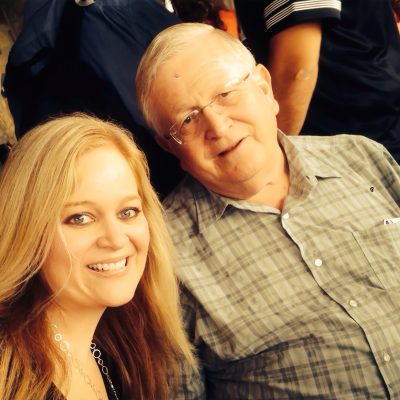 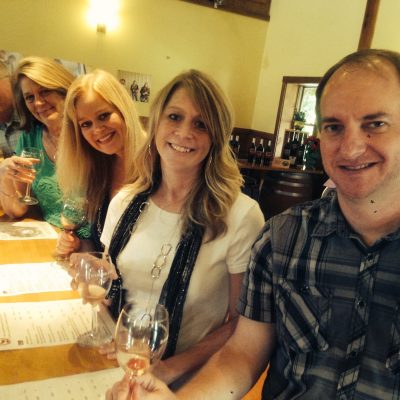 Our first tasting of the day 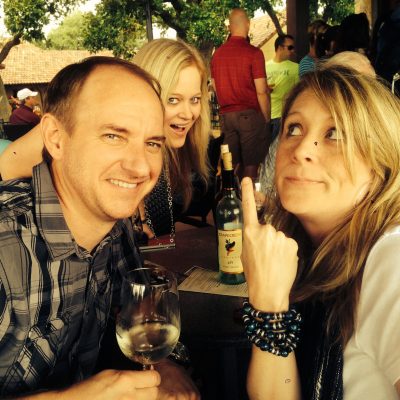 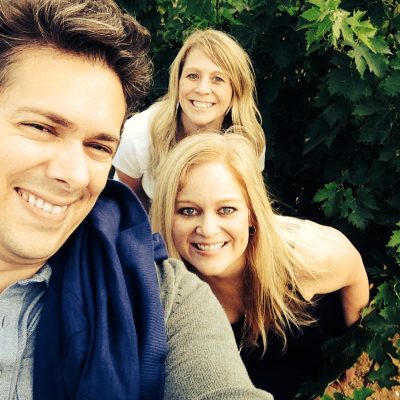 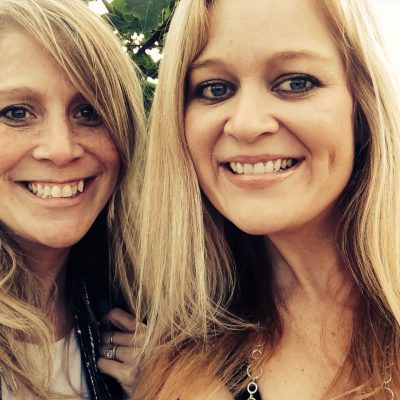 With my sister, Krissy

So in essence: HEY!  I just wanted to say that again. Because I’ve missed you.   🙂