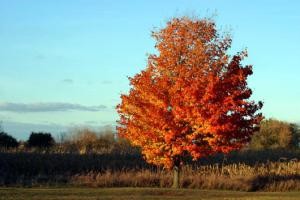 Gotta love autumn. I do.

I live in Texas so there’s a definite delay when it comes to leaves changing to sparkly-pretty colors, but now that we’re into November, there are hints of it happening which gets me all kinds of excited. Makes me want to play a sport or craft something I have no business crafting. Inspiring – that’s what it is.

Thus far, autumn has been really good to me. I’m in favor of it sticking around.  Here are some of the highlights:

1.  Waiting in the Wings was published. It’s out there now and that’s been surreal in a great way. I’ve heard from lots and lots of readers and what has surprised me more than anything is how many of them are from other countries.  I love hearing reader’s responses, but especially when they’re specific. Like when Diana told me that the final love scene was the hottest, or when Denise was annoyed that I didn’t say Jenna had blue eyes until several chapters in…I take note, trust me.

2.  Women’s Week happened. Who knew this thing was so much fun? The best part, of course, was meeting readers and the other Bold Strokes authors and team members (who I have to say are crazytown fun). There were readings, panel discussions, and even a reader/author cocktail mixer. The weekend capped off with a Bold Strokes dinner with some of the best food in history. They tell me this thing happens every year and I say yay to that.  Best moments: the Carsen Taite/Rachel Spangler/Nell Stark wrestling tournament, the manner in which Ashley Bartlett introduced me to Radclyffe for the first time, the fact that I never got Georgia Beers to sign my copy of 96 Hours, which resulted in an even better signing experience… and lastly, when Carsen read us all a bedtime story for the ages.

3.  My second novel, Heart Block, was accepted for publication with BSB. Yes, it was and that makes me smile. I’m days away from turning in the completed manuscript and it feels great. This novel is very different from the first. The most noticeable difference is that it’s written in third person – which was hard after working for so long in first person with Waiting in the Wings.  Always learning, it seems. Look for Heart Block later in 2012.

4.  In more frustrating news, my house, which I’d like desperately to sell, sits sadly on the market with very few visitors. Hopefully, it’s just the time of year we’re in. Fingers crossed for January and those looking to move. I know I’m ready. The Jefferson’s got to move on up, now me please.

5.  Tomorrow’s Thanksgiving and let me say, this is my favorite holiday. There’s a parade with Broadway shows performing (they lip-sync, but I pretend not to care), amazing food at my parents house with my whole family and an excuse to get absolutely nothing done – which is awesome in its own right.

In essence, I’m really happy – well not about the house thing – but with pretty much everything else in my life.  I’m flirting with autumn with very little shame because I would like her to stick around.