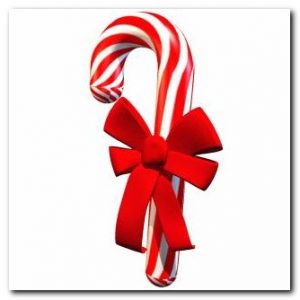 What a crazy week, I say.  Holding auditions for my next show, buying Christmas presents at a much slower pace than I should be and what do you know? I’ve been tagged by that cheeky Ashley Bartlett in The Next Big Thing Blog Hop.  In case you didn’t have a chance to read all about Ashley’s new release, you simply must pause and do that. Click here.

Back now?  Great. Grab a candy cane. Here we go.

Name of the book:

Heart Block – the title actually has a double meaning, but you have to read it to find out more.  Such a tease, I am.

Where did the idea come from for the book?

In a strange twist, I was writing a historical romance set in the Regency era in England.  I know. You don’t have to point it out.  So not like me. So not what I should be doing.

I was about fifteen thousand words in, and struggling with all the research it was requiring of me. I’m not one who generally quits anything. Even if I’m reading a book I don’t enjoy, I make myself finish it out of some sort of twisted obligation to the book.  I feel guilt in large quantities and often – even toward inanimate objects. It’s something I’m working on.  So in the midst of this Regency Romance, I started craving something contemporary, something everyday, something that was a lot more my style. In that moment, the concept of my main characters occurred to me and I set to writing them that night. It was a much needed escape and I was so much happier. As in copious amounts of cartwheels happier.

What genre does your book fall under?

Heart Block is most definitely a romance. It’s romantic. Kinda sexy. With some fun mixed in. There might be some drama. Definitely some making out. Cameos by dogs and kids.

Which actors would choose to play your characters in the movie rendition?

I would much rather cast the imaginary people I envision in my head. I hear they work for cheap.

What is the one sentence synopsis of your book?

Mexican immigrant Sarah Matamoros and socialite Emory Owen navigate the tricky waters of falling in love when their lives simply don’t fit together they way they should.

What is the longer synopsis of your book?

Happily ever after is easier said than done…

Sarah Matamoros can’t complain. After immigrating from Mexico when she was nine years old, she’s content with the life she’s made for herself in sunny San Diego. She works hard at her mother’s housecleaning service by day and spends the evenings with her quirky eight-year-old daughter, Grace.

From a very young age, Emory Owen had several concepts drilled into her head. Success is everything. Be the best. Fight your way to the top. Expectations were high in the Owen household and the world was watching. Born into a high society family, Emory never wanted for anything…at least anything money could buy. When she meets Sarah, hired to sort her mother’s home, her sterile life suddenly sparks into color.

But when the emotional logistics of combining two very different worlds proves to be too much, a terrifying turn of events spurs the question: If love exists, can it really find a way?

Will your book be self published or represented by an agency?

Bold Strokes Books is the publisher for Heart Block and my first novel, Waiting in the Wings as well. They’re super nice to me.

How long did it take you to write the first draft of your manuscript?

Ten and half months?  Something close to that.  I’m no Carsen Taite.

What inspired you to write this book?

After just coming off Waiting in the Wings where the lives of my main characters were extraordinary, uncommon and exciting, I liked the idea of two people facing a more basic struggle that we can all identify with to a certain extent. I like that they’re regular women.

That and the chance to get away from that Regency piece that was taunting me daily.

What else about this book might pique the reader’s interest?

Well, I didn’t realize this going in, but Heart Block has turned out to be quite popular with dog lovers. I’ve received lots of emails from the K9 enthusiasts out there. This was a cool surprise.  I enjoy this particular dog in the story, and am happy to hear that he has some fans out there of his own.

So I’m supposed to select someone to tag. Who hasn’t been tagged, I say? So much tagging happening out there. Has Barbara Ann Wright been tagged?  I met her in Provincetown this year.  She’s smart and funny too. You should read her book.  Here’s her blog.   If she’s already been tagged, well, I’m double tagging her.

Off to seek out more candy canes. ‘Tis the season.

[…] been tagged by that cool kat, Melissa Brayden in the Next Big Thing Blog Hop! If you’ve never heard of this, it’s where people stalk […]