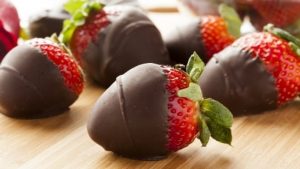 If you’ve read a handful of my books, you’ve likely noticed that I like to tie the worlds together, and show a connection from one book to another. The Soho girls enjoy MollyDollys every chance they get. Emory and Sarah attend a theatrical performance starring none other than Adrienne Kenyon. Jenna McGovern and Jessica Lennox are cousins and grew up in Boston together. There are more, but you get the point.

When I wrote Strawberry Summer, I knew the tie-in would be subtle. In fact, I wasn’t sure if anyone at all would pick up on it. To my surprise, I received a handful of gleeful emails from those that did. But more than that, I received a rather overwhelming number of emails of another variety: frustrated folks, those who wanted to know the connection, who were demanding to!

If you’re in that group, this post is for you.

The Strawberry Summer connection explained below:

First of all, to fully understand this little Easter Egg, one has to have read the book, How Sweet It is. (If you haven’t, spoiler alert! Run away! Turn back now!)  If you think back to that book, you might remember that Molly was taken for a ride by a potential MollyDolly investor named Grant Tranton. In the end, Tranton was shown to be an embezzler who takes off on the lam once the feds are onto him. Cut to Strawberry Summer, and more specificially, the scene in which Maggie is babysitting Ellie, Travis and Berta’s daughter. The television is on in the background and Maggie hears a story on the news that con-man Grant Tranton has been apprehended in Santa Barbara at a local Pizza Hut. Maggie tells Ellie that crime doesn’t pay and makes one lose out on pizza. Courtney Carrington hits the screen next in a news interview with the local station, and Maggie forgets all about the rest of the world, lost in a haze of Courtney.

So, there you have it! It’s discreet, but it’s there. And just think, Grant Tranton is no longer out there on the streets to prey on unsuspecting small-town bakers. Citizens of the world can sleep a little easier! 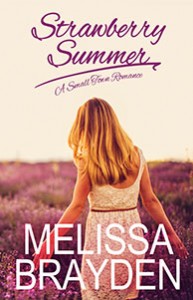 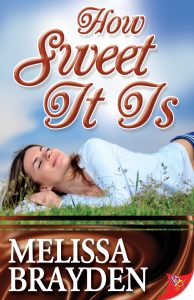 Nice Easter Egg! I was wondering if you had some sort of a map of all the connections? Sort of like “the chart” in The L Word 🙂 I’d love to see that!

I’m currently re-reading the novels to chart all the Easter eggs. It’s tough work having to read all the novels again–in order–but someone has to do it. 😉