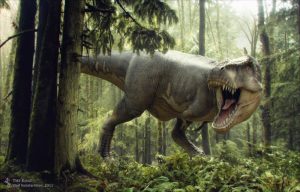 My backyard has always been one of my favorite places to relax. Or daydream. Or write whimsical stories when the weather is nice. We have a decent sized wooden deck just outside the patio door with some saved-up-for furniture that I happen to love. Further out in the yard sit a couple of Adirondack chairs, perfect for reading underneath the trees (which I do often). I generally start my morning on the deck with a cup of blueberry coffee and watch as Tucker and Bailey run around like crazy dogs, greeting the day and high fiving each other the way Jack Russells do. It’s blissful really.

But in rather unfortunate news, something terrifying has happened. The backyard that I have come to love and cherish is no longer my own. I’ve lost all control, you guys, and find myself in what can best be described as a backyard dither. (An actual dither, which you don’t hear a lot about these days). You see, nature has crept in (prepare yourself) – in the form of a very large lizard. This lizard, if you will, is probably really a dinosaur. I’ve decided this much as I’ve studied him from between the slits of my fingers, safely tucked away indoors mind you. (I’m no fool). I have recently gathered facts about my new lizard (dinosaur) nemesis, as I’m told that’s what one does when they have a sworn enemy. And trust me, I swear at him a lot.

So far I’ve concluded that he is way larger than your average run of the mill lizard (dinosaur) and let me tell you, incredibly tenacious. As in, he holds his ground. He has claimed the deck as his own and is not about to budge for people, weather, or dogs. His colors can best be described as black and grey and perhaps in the most frightening news of all, his skin has a spiny like texture to it.

Upon further observation and passage of time, I now believe he has an army. A secondary lizard, who is about half his size, has shown up in recent weeks, clearly as back up. And there’s a rabbit that lives beneath the deck that I’m most positive is on his payroll. This lizard doesn’t mess around.

With no deck to lounge on, I’ve taken to the Internet to search out more information on this lizard (dinosaur). It only took a couple of descriptive words to bring up a whole slew of results on something called a Texas Spiny Lizard. This makes sense, I say to myself, as I live in Texas. Genius. Google images confirmed that the dinosaur is in fact a Texas Spiny Lizard (TSL is what I call him now. I mean if we were on speaking terms it would be. We are not.) Interesting fact, when two male TSLs are in close proximity to one another, instead of any sort of fight, they engage in a push up competition for rights to the territory. I kid you not. I couldn’t make this stuff up. I’m watching TSL and TSL Jr. daily for such a competition to break out – but just my luck, these TSLs must be girls. Sigh. Women are complicated.

I wish I had some sort of conclusion to offer this Battle For the Deck story. All I can do is say stay tuned and offer you a couple of frightening visuals from my deck. Send mothballs. I hear they help. 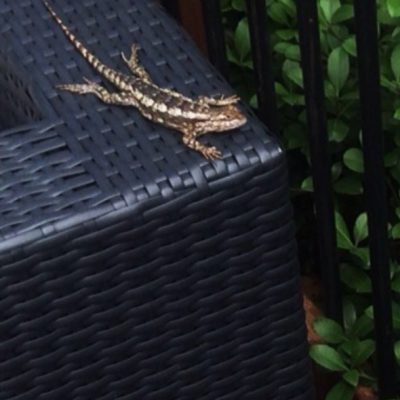 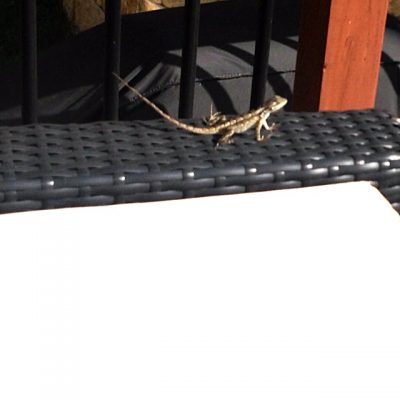 I say make friends with the TSLs. They may have great story ideas. One never knows.

This is surely the end of times

This is what woodchoppers are for. LOL! First, knock them out with a sledge hammer. 😉
Kim J.