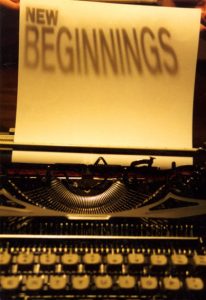 Two of the coolest words in the history of words are most definitely,

When I see them at the conclusion of a movie or at least understand the implication that the film is over, it usually brings on an internal sigh of contentment. A “journey is complete” sense of finality, if you will. Unless of course the screenwriter screwed us over and left the story dangling, then I want to shake them by the ears, but I digress…(and ear shaking is wrong).

I turned in the edited manuscript of Heart Block yesterday. It may come back for more revisions, who knows, but for now, it’s done. And while I did feel a sense of completion after sending it on, I also felt kind of naked, alone, and sad. Unsure of what to do with myself. When I came home this afternoon, I reached reflexively for my laptop, and then just stared at it when I remembered. Nope, that story has been told. THE END has been written. Now what? I had no direction. Lost in the Living Room is what I called myself. I was being dramatic. And I like to name things.

Reluctantly, not wanting the time to go by without making any progress anywhere, I opened up the manuscript for How Sweet It Is. I do this because I desperately don’t want to unpack anymore moving boxes.  I’m lazy on occasion. It’s a problem. As for the manuscript, I hadn’t worked on it in well over a month, so it was hard to get going.

But in crazy, alert the President, kind of news, I fell right back in step with those characters. How Sweet It Is takes place in the small town of Applewood. The kind of town I’d like to live in if it really existed. I want to get drinks at The Owl Tree and stop for coffee and pastries at Flour Child on my way to the town library. I just want to be able to say “town library.” It would make my life.

So in essence, I’m excited again. Backflip. Not sad. Not vulnerable. But jazzed. I think it was the band Semisonic who said, “Every new beginning comes from some other beginning’s end.”  And damn it, they were right, despite the fact that they were one-hit wonders.  Thank you, Semisonic, for articulating it perfectly. For getting me. And also for the good times in the nineties.  🙂

Onwards and upwards, everyone.

It’s gonna be a great August, I think.

I get it. Jump back into the pond and luxuriate.

Luxuriate. I love it.

Thanks for sharing Melissa, between all of these wonderful blogs and the Olympics I am severely sleep deprived.

You can catch up next month, Dev. 🙂

I totally get it, MB. I feel exactly the same way, like a little lost puppy dog wandering aimlessly. I am completely psyched when I type the words The End. But after that, I end up at Now What? A scary place to be. Glad you’re backflipping again. Be careful. Use a spotter.

You get me, GB, you really do. I can’t be using spotters though. They’re expensive. And clingy.